Inflow and Outflow Measurements:
To measure the flow of water into and out of Culler Lake, several readings were taken. We measured the flow at the input pipe from Carroll Creek. The outflow was measured where the lake waters re-enter Carroll Creek. The water flow was recorded in feet per second. To calculate cross-sectional area, we also measured pipe diameter, the maximum water depth, and the width of the waterline within each pipe. 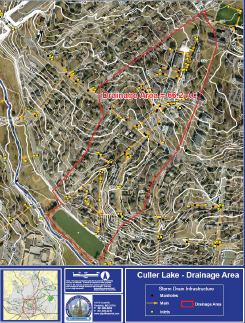 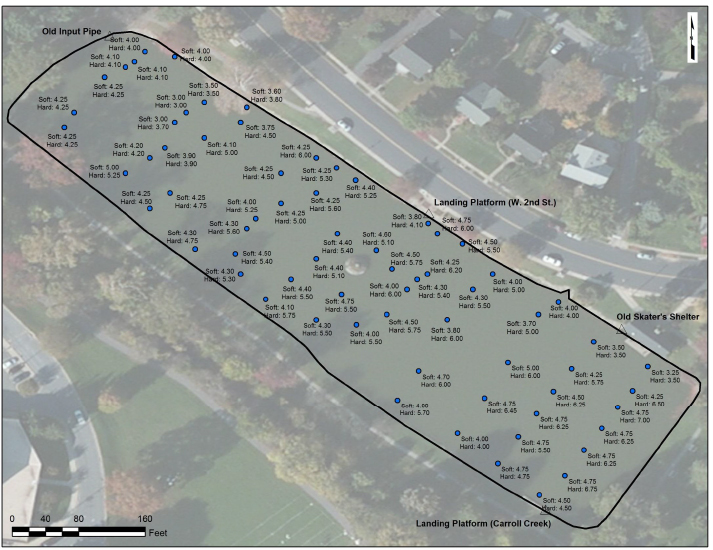 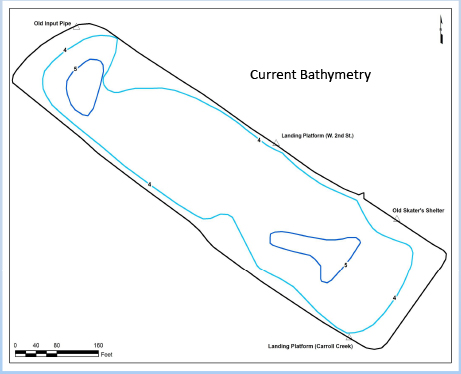 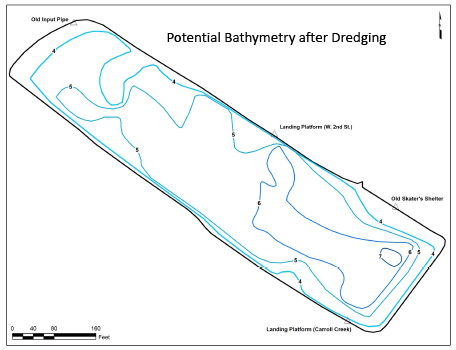 Lake Volumes:
Weight to area ratios for cut-out lake maps were used to determine lake surface area and that of each contour ≥ 4 feet. These were measured against a standard to calculate surface areas in ft2. Segment volumes for each depth stratum were then calculated using the equation below and summed for the volume of the entire lake. 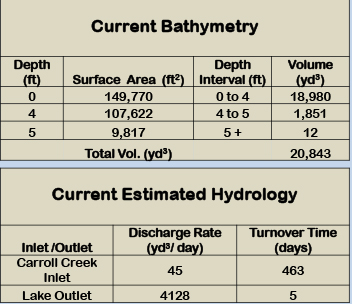 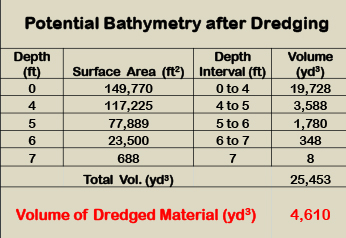 The volume of dredged sediments, 4,610 cubic yards, would require approximately 500 truckloads of material to be removed (based upon an 9-10 cubic yard truck capacity).

Acknowledgements We would like to thank Friends of Baker Park and the Frederick City Departments of Public Works and Parks & Recreation for their help with this project.